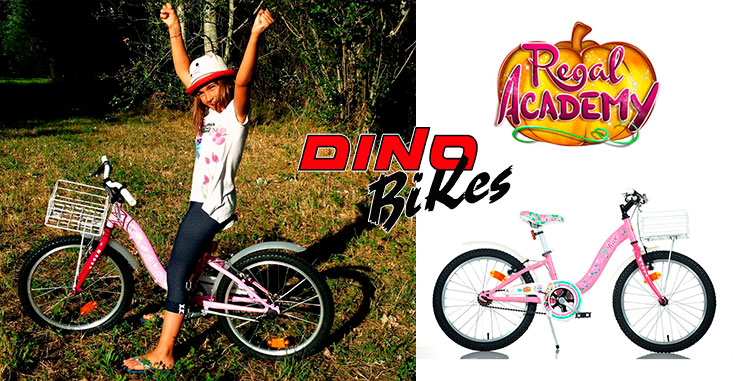 A unique and unforgettable event has taken place between June the 2nd and June the 4th in Gradara, a charming village in the province of Pesaro Urbino: the Regal Academy Fairytale Party, an event sponsored by the Marche Region, made possible thanks to the collaboration between Rainbow – the creator of well-known animated series including the famous Winx – the City of Gradara, the Association Pro Loco Gradara and Gradara Innova.

The beautiful village of Gradara was transformed during three magnificent days, as if by magic, in the Castle of the Regal Academy, among dragons, lanterns, dance halls, pumpkins and themed menus offered by local restaurateurs, and finally the evening show.

Families, children especially, were able to relive the magic and emotions of the well-known cartoon.

The little ones were able to practice in various subjects including archery, potions, dragonology, obtaining the Fairytales Hero Official Regal Academy’s Diploma.

In this dreamy setting, Dino Bikes has put one of its beautiful Regal Academy bicycles on for grabs. A pleasure for our company, who has been able to make the joy of little Rebecca, winner of our 20″ model!

Dino Bikes has been manufacturing and selling children’s and adult’s bicycles (Aurelia series) since 1920.
More information